How much can score improve in GMAT second attempt?

By how much can the GMAT score improve in the second attempt?

The scope of improvement of the GMAT score in a second GMAT attempt depends to a great extent on the reason behind the unsatisfactory first attempt score. Since we train exclusively for GMAT and many candidates approach us for guidance after their first attempt,we have identified from experience the following causes for a poor score in the first GMAT attempt:

1. A weak conceptual base in either the Verbal section or the Quantitative section or sometimes in both.

2. A decent conceptual base but poor application of concepts (very common situation that we encounter), which results in unnecessary time being spent even on relatively easier questions and a lack of confidence while answering tough GMAT questions

3. Taking GMAT in a hurry: Taking the test before you are ready for it will be a recipe for disaster on GMAT

4. Ego problems: At times a candidate believes he/she knows best and refuses to look at better approaches towards solving questions

5. Absence of a well thought out Strategy, or relying on a Strategy that's ineffective: Even if a candidate is conceptually strong, he/she may not fare well unless the Strategy adopted during the test ensures optimum Time Management and effective handling of pressure & fatigue during the test

6. Psychologically unprepared: Some candidates waver a lot during their GMAT prep. Were your unsure about your study approach in the first attempt and ended up switching from one source of practice to another in desperation? Were you relying more than you should have on the opinion of fellow candidates? Were you never fully certain that your prep was adequate? The natural consequence of all these factors is lack of self-confidence. Low confidence and low scores go hand-in-hand

7. Too much prep: This is one of the very common reasons for a low score. These days, a lot of content for GMAT is in electronic form, so you can easily get a long set of books, notes, so-called important questions etc. on your computer. Obviously, you are tempted to refer to all of it. It is almost the same as going to a restaurant and wanting to eat everything on the menu. Hope you get the point.

So we suggest that you honestly evaluate the applicability of the above factors to your performance, and this will tell you to what extent (and in what area) you can improve. Going from a 560-600 range to at least a 640-670 range should not be very difficult. And for someone who is at 600, targeting a 710+ score in the second attempt is quite realistic

Get answers to more questions pertaining to MBA admissions, such as:

What is an Executive MBA program? Who is eligible?
Where should I do my MBA from: USA, Europe, Canada, or Singapore?
Does it matter which round of the admissions cycle I apply in?

Get answers to more questions pertaining to GMAT, such as:

How many mock GMAT exams should I practice before attempting GMAT?
I have taken GMAT more than once. Which score will b-schools consider?
What is the latest GMAT exam format and section order for attempting GMAT?

Popular on our Blog 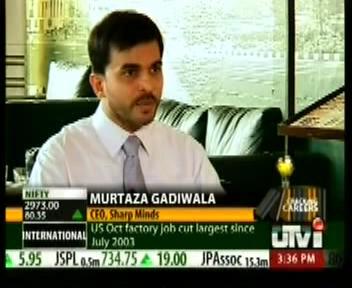 subscribe now
Can't find what you are looking for? Get in touch with us →